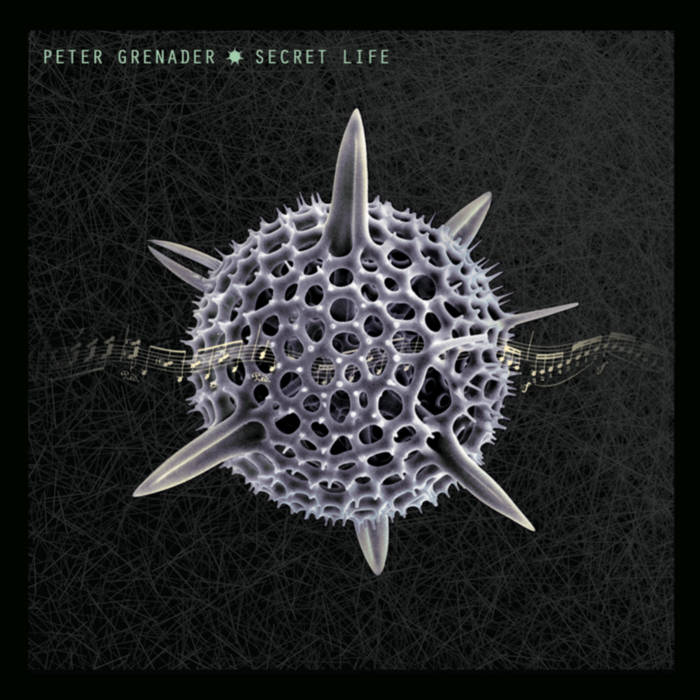 Secret Life is a collection of my studio works from 2002 to 2010*. The album's name is an abbreviation of the title track, The Secret Life of Semiconductors. I struggle with titles often, but have come to appreciate the mystery that Secret Life suggests.

There are numerous technologies in play within the works presented - those utilizing digital instruments, those using purely analog electronics and those which are a hybrid of both. Electrolux - was composed entirely on digital machines for the sounding instruments yet incorporate heavy use of analog synths as a controlling medium. The Ascent Into Light combines both analog, digital and sampling while The Secret Life of Semiconductors and Je Suis Anonyme were realized entirely on a Plan B analog modular.

*This remastered reissue of the original 2011 Coda Recordings release includes an additional piece - The Balled of Commander Cody and his Lost Planetary Airmen - composed in 2018. It is a deconstruction of the initial cadence of David Rosenboom's 1969 electronic work How Much Better If Plymouth Rock Had Landed on the Pilgrims.

On Secret Life of Semiconductors:

The basic idea behind of what has become to be known as the Secret Life of Semiconductors began over 35 years ago. Originally entitled X, I had been toying with completing this abandoned work for some time, although it wasn't until the turn of the 21st century that I had an opportunity to do just that. The entire piece runs 28 minutes, with a shortened performance version just under 10.

SLOS is entirely analog, created mostly on instruments of my own design. I began developing modular analog synthesizers in 2003 after tiring of trying to bend digital instruments in like manner. It's not the sonic differences between these two extremes which put me to this task. While different, both are viable and I think it's good to have these choices. It was the control limitations of the closed architecture associated with most digital instruments which presented the challenge. For many composers this wouldn't be an issue. For me however it made the creative process, my schick, quite laborious.

Vocal Source on The Accent Into Light by Linden Waddell

Thanks to Wendy Carlos, Barry Schrader and Thighpaulsandra for their assistance, encouragement and friendship and Coda Recordings for graciously releasing ownership of the masters.

Peter Grenader has an enduring history in electronic music. Studying composition at CalArts with Morton Subotnick, Barry Schrader as well as Milton Babbitt, Vladimir Ussachevsy Gordon Mumma, Hall Budd and his work has been performed throughout the USA and Europe -- winning the Virginia Commonwealth EAM Festival and the Periòdic Experimental Music Festival in Barcelona.

He was featured in the Patch CV Modular Revolution documentary series, Darwin Gross' Art + Music + Technology ep. 208 and Data Cult Audio vol. 0106. Past releases include Zyzx Society on ZSR Records, Patch.CV Two on Organic Records and POV and POV2 The Case For Square Waves While Searching For Happy Accidents on ZSR Records and distributed by Steve Roach's Timeline Direct.

Bandcamp Daily  your guide to the world of Bandcamp